The Science of Surnames

There are often many variations on the definition of any given surname. Some surnames originate simply from a location or part of the country – for instance, the surnames ‘Hill’ and ‘Pond’ derive simply from people known to dwell by a hill or pond in their village.

Meanwhile, the surname ‘Rochester’ likely refers to a person who originally lived in that town, and who probably moved around the time when surnames were first introduced during the reign of King William I (1066-1086).

Some surnames originated in relation to the person’s demeanour, such as the surname ‘Curtis’ and its variations, which derives from ‘courteous’.

The most common surname meanings stem from occupations, such as ‘Smith’, which relates to trades such as blacksmith or silversmith. 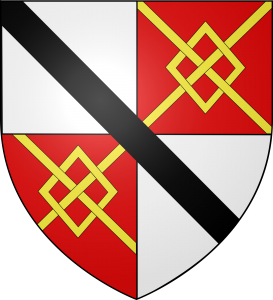 The surname ‘Spencer’ is believed to have first arrived in Britain around the time of the Norman Conquest of 1066. Originally a French surname, ‘Spencer’ derives from the word ‘despensier’, which means ‘steward’ or ‘butler’.

The earliest known ‘Spencer’ was Robertus Dispensator, who in about 1084 was known as ‘Le Despencer’, due to his role as steward to King William I.

Since the middle ages, it is believed there has nearly always been a Spencer holding a position of prominence within the machinery of state – the most recent being the late Princess of Wales; formally Lady Diana Spencer.

Her family claim decent from Robertus Dispensator, however, other sources claim his descendents are unknown; meaning proving this ancestral line would be difficult.

There are many famous Spencers in history, however, perhaps the most notable in early history was Hugh le Despenser, First Earl of Winchester – also referred to as ‘The Elder Despencer’.

Hugh the elder served King Edward I in numerous battles, but it was his son, Edward II, that Hugh served as a ‘loyal servant and chief 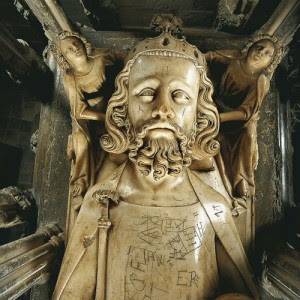 Hugh’s son, also named Hugh le Despenser, ‘The Younger’, was knighted in 1306 by King Edward I, but became a favourite of Edward II.

Supposedly happily married to Eleanor de Clare, granddaughter of Edward I, and father to a total of nine children that survived infancy between 1308 and 1325, it has been suggested that Hugh the Younger had a homosexual relationship with King Edward II – his uncle by marriage.

Eleanor was only 13 years old at the time of her marriage to Hugh the Younger, and the arrangement was said to be a part-payment of a financial debt owed by King Edward I, to the tune of approximately £1,000,000 in today’s money. 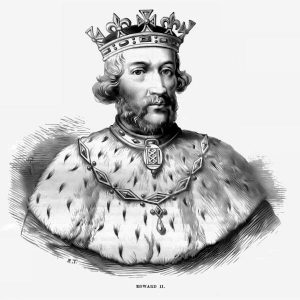 By 1321, Edward II was forced to send both Elder and Younger into exile. However, his loyalty to the Despencers won out, and Edward led a short military campaign, known as the Despencer War from 1321-1322, against the Barons that forced his hand. Edward was finally able to bring his loyal friends, back to England.

It was Edward II’s wife, Isabella, that turned the tables on the King, when she was sent to France to negotiate a peace treaty in 1325, but ended up becoming an ally (and lover) to Roger Mortimer – one of the exiled Barons that revolted against Edward II, and the person who supposedly killed Hugh the Elder’s father in 1265.

Roger Mortimer and Isabella led a successful invasion and rebellion, and deposed Edward II in January 1327.

Although succeeded by the 14-year-old Edward III, Mortimer became de-facto ruler of England until 1830, when Edward III overthrew him and regained control of the country, restoring Royal authority after the unorthodox reign of his father.

During his rebellion, the Despencers were captured by Mortimer, and despite Isabella interceding on the Elder’s behalf, Mortimer and other enemies of the Despencers insisted on a sham trial, and the subsequent execution of both men for high treason.

They were brutally hung, drawn, and quartered within a month of each other in the winter of 1336.

Could you descend from one of Hugh the Younger’s nine children and be linked to this notorious family?

There is one famous person who does! Courtney Cox in the American series of ‘Who Do You Think You Are’ follows the fascinating journey of her family’s heritage to Berkshire England, and discovers how she is connected to Hugh le Despenser and the history of events at the time.

‘Concannon’ is a name of Irish origin, and said to descend from a warrior called ‘Cuceannan’, who was killed in battle in 991AD, according to Clan Concannon. While it’s not known where Cuceannan was from, and nor is the battle named, 991 AD was notable for the Battle of Maldon, which took place in Essex, England.

At the time, Viking raiders sailing up the English Channel, with a fleet of 93 ships, had been burning and pillaging towns and countryside along the southeast coast, before turning inland towards Essex along the Blackwater Estuary. At Maldon, a proud son of Essex, Ealdorman Brihtnoth, raised a local militia, supplemented with a force of professional soldiers, to provide a defence against the Vikings. Could this be where Cuceannan met his end?

The earliest known record of Clan Concannon dates from the 16th Century in the Irish county of Galway, while the first known recording of the name on a gravestone is at Galway’s Knockmoy Abbey, bearing the name ‘Maurice O’Concannon’, with a burial date around 1350.

According to the 1881 English census, only 216 people bore the surname Concannon at the time, and 93 of them were in Lancashire.

39 Concannons served in World War I – and 40 were criminals.

War hero or petty thief – who do you descend from?